For some reason I’ve recently become fascinated by late-19th- and early-20th-century stand pipes (sometimes written as standpipes) — early cylindrical water towers which were often the centerpieces of postcards and were local structures which elicited pride in the townsfolk. Aside from serving a utilitarian purpose, they were often also aesthetically appealing — and always imposing. Here are a few I particularly like.

Above, Hyannis, Massachusetts — Hyannis Water Works (see a larger image here). (All other images are larger when clicked.) 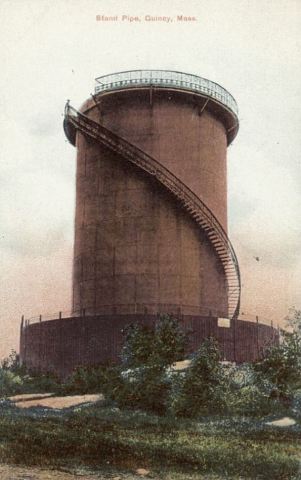 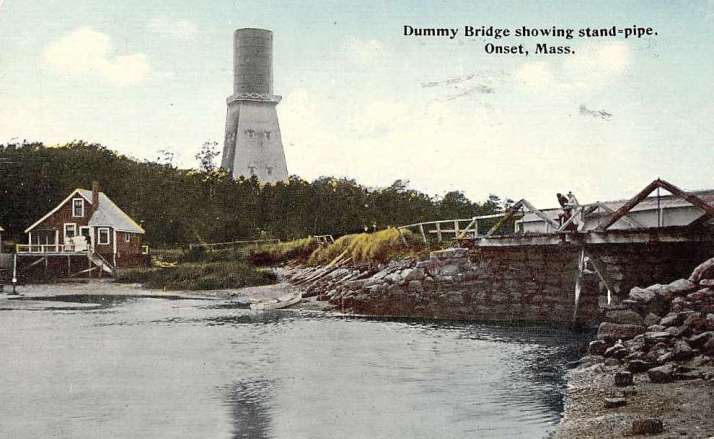 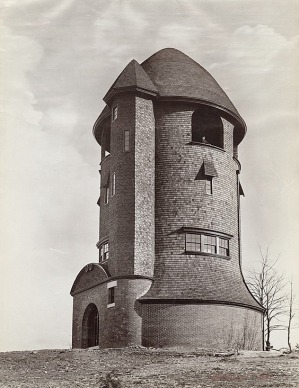 Below, Bangor, Maine — during the day. 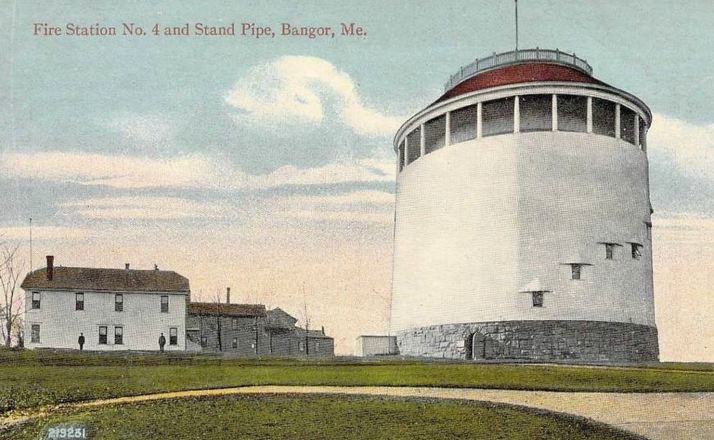 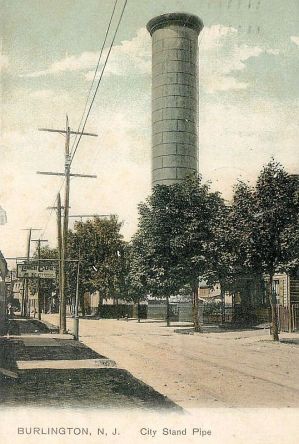 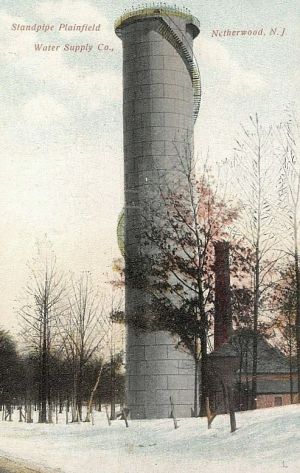 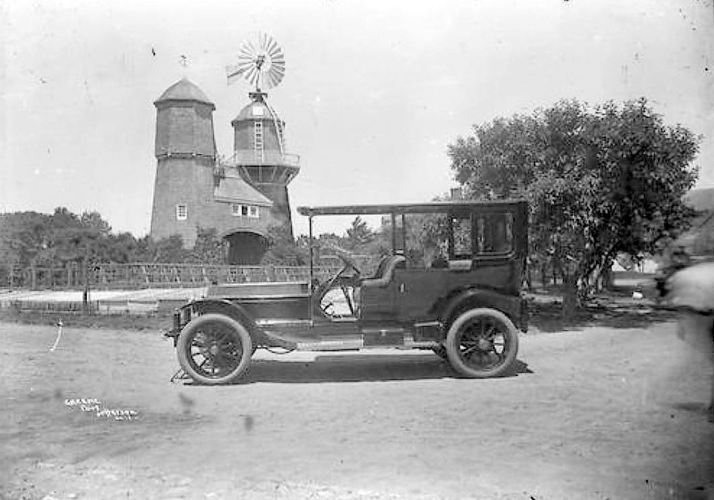 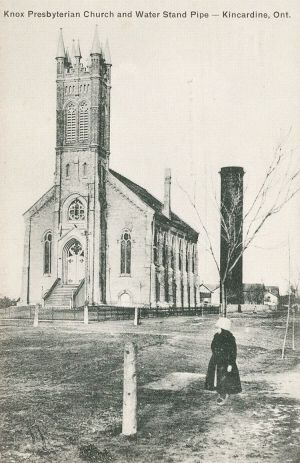 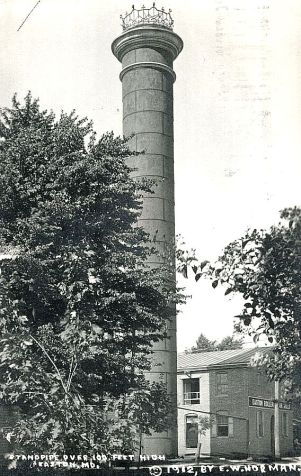 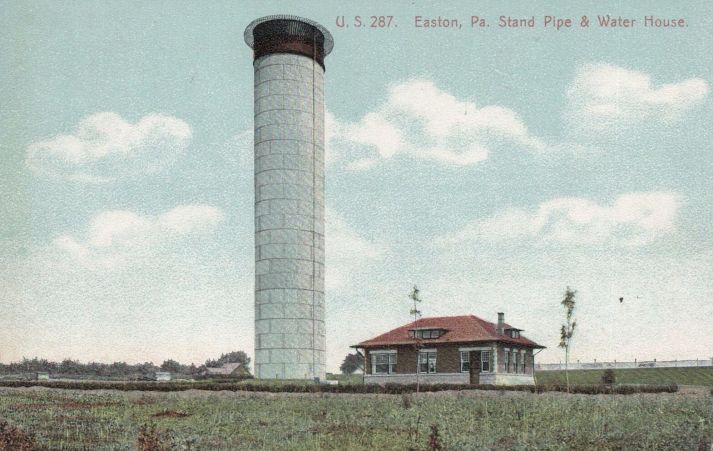 Kutztown, Pennsylvania — next to the tennis courts on the grounds of the Keystone State Normal School. 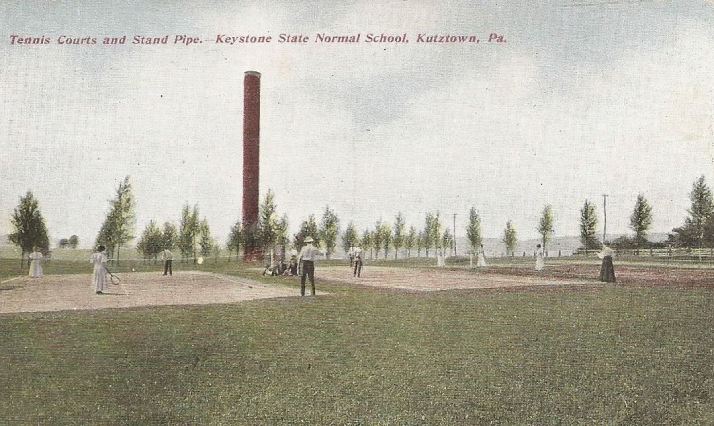 Lancaster, Pennsylvania — this is fantastic. 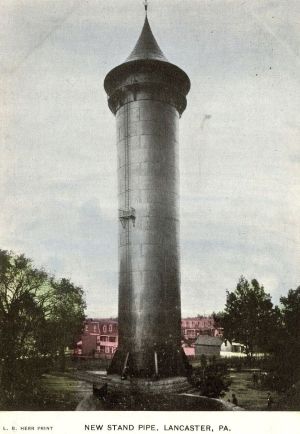 Philadelphia, Pennsylvania — here’s an interesting drawing showing a Philadelphia Water Works stand pipe from 1853, originally envisioned with a 16-foot statue of George Washington perched on top (more on this cool-looking tower in an interesting article by Ken Finkel on the Philly History Blog, here).

Germantown, Pennsylvania — lastly, an illustration depicting the raising of the first-ever stand pipe in the United States, on Aug. 13, 1851 (via The Library Company of Philadelphia). 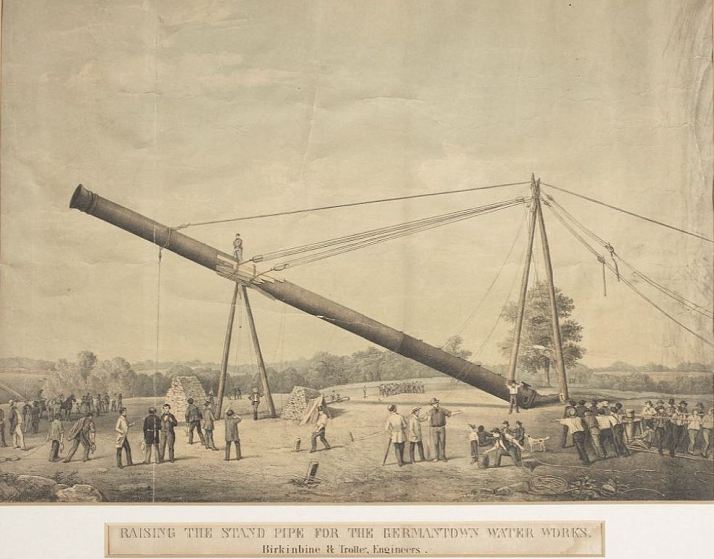 Unless otherwise noted, all images were found on eBay.

An exhaustive history of stand pipes can be found at the Documentary History of American Water-works website, here.

Some of these structures are still standing — a few are listed at Wikipedia here.